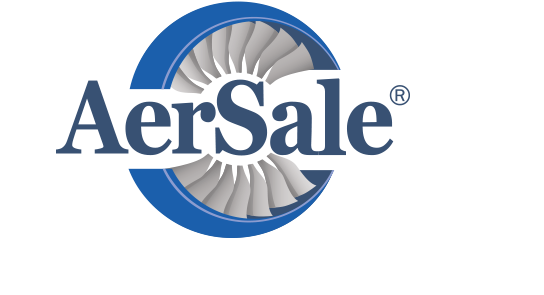 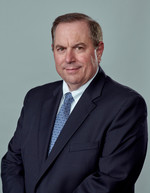 Nicolas Finazzo founded AerSale in 2008 and has served as Chairman and Chief Executive Officer since inception. He also serves as Division President - TechOps, which focuses on the Company’s growing MRO and Engineered Solutions products. From 1997 to 2008, Mr. Finazzo was Co-Founder and Chief Executive Officer of AeroTurbine, Inc., a leading private non-OEM affiliated aftermarket supplier of aircraft and engine products and MRO service provider. Mr. Finazzo together with his business partner, Robert Nichols, successfully grew this Company to become a premium integrated global aviation supplier and sold it to Cerberus in 2006, where it was merged into AerCap Holdings (NYSE: AER). Mr. Finazzo worked for AerCap for several years to integrate the operations and successfully transitioned his responsibilities to a successor management team. 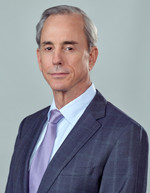 Robert B. Nichols founded AerSale in 2008 and has served as the Executive Vice Chairman since January 2019. He has also served as Division President, Asset Management since December 2019. From 2008 to 2017, Mr. Nichols served as Chief Operating Officer of AerSale, and was key in developing AerSale’s integrated asset management model.

Mr. Nichols together with his business partner, Nicolas Finazzo, founded AeroTurbine, Inc. and successfully grew this Company to become a premium integrated global aviation supplier, which was later sold it to Cerberus and merged into AerCap Holdings (NYSE: AER). Mr. Nichols worked for AerCap for several years to help integrate the operations, and successfully transition his responsibility to the successor management team.

Mr. Nichols is a graduate of the University of Texas at Dallas, where he earned a B.S. in Business Administration, and is a licensed commercial aircraft pilot. 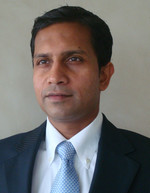 Sai S. Devabhaktuni is Co-Founder and Chairman of the Board of Directors of Monocle Acquisition Corporation (“Monocle”; NASDAQ: MNCL), whose business combination with AerSale was consummated in 2020.  Prior to Monocle, Mr. Devabhaktuni was Head of Corporate Distressed Portfolio Management at Pacific Investment Management Company (“PIMCO”).  While at PIMCO, Mr. Devabhaktuni served in various capacities on investment committees of numerous investment funds.  Prior to PIMCO, and from 1998 to 2010, he was a Managing Principal at MHR Fund Management LLC (“MHR”) where he was  involved in all aspects of the investment process and worked closely with senior management teams of portfolio companies on operational improvements and growth initiatives.  Prior to MHR, Mr. Devabhaktuni was a member of the event-driven strategies group at Highbridge Capital Management LLC, and a member of the corporate finance, capital markets and emerging markets groups of Nomura Securities.

Mr. Devabhaktuni holds a Bachelor of Science in Economics, with concentrations in Finance, Economics and Legal Studies from the Wharton School of the University of Pennsylvania.  Mr. Devabhaktuni has served on the Board of Directors of Loral Space & Communications, Inc. (NASDAQ: LORL) and Applied Natural Gas Fuels Inc., and currently serves on the Board of Directors of Sequa Corporation. 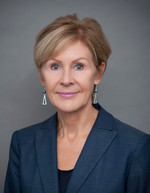 Lieutenant General Judith A. Fedder, USAF (Ret.), was appointed to the Board of Directors of AerSale on July 1, 2022. General Fedder served as Deputy Chief of Staff for Logistics, Installations and Mission Support, at the U.S. Air Force headquarters in Washington, D.C. at the time of her retirement after nearly 35 years of active duty. In that role, she was responsible for leadership, management and integration of Air Force logistics readiness, aircraft, munitions, and missile maintenance, with emphasis on combat readiness and weapon system availability. Her portfolio also included setting policy and preparing budget estimates for Air Force civil engineering and security forces functions. Her active duty career included leading and commanding aircraft maintenance units. She also served as the Sub-Unified Commander of U.S. Forces Azores and commanded the 76th Maintenance Wing aircraft depot at Tinker AFB, Oklahoma, leading over 9,000 employees in the maintenance, repair, and overhaul of military aircraft, engines, and components.

Following her military career, General Fedder was a Senior Director at The Boeing Company for Global Sales and Marketing, Integrated Logistics, Boeing Defense. In that role, she secured capture of after-market services for military fighter and helicopter platforms and supply chain. She is currently a Senior Advisor at the Boston Consulting Group, as well as an independent consultant with JFedder Consulting, LLC.

General Fedder is a member of the Board of Directors of GelSight, Inc. and the Institute for Defense & Business, a nonprofit education and research institute. She also served as a member of the Defense Advisory Committee for Women in the Services and is an Emeritus Member of the Board of Governors for Civil Air Patrol. She is also a former Presidential appointee to the Board of Visitors for the U.S. Air Force Academy and a recipient of the Michigan State University Distinguished Alumni Award in 2014.

General Fedder graduated from Michigan State University with a Bachelor of Science degree and holds an MBA from the Florida Institute of Technology. She is also a distinguished graduate of the Air Force Reserve Officer Training Corps program. 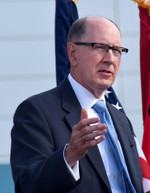 General C. Robert Kehler, USAF (ret), has served as a director of Monocle Acquisition Corp since its prospectus. He has 43 years of leadership, strategy and governance experience related to military operations of the United States of America. General Kehler currently serves on the board of directors of Maxar Technologies Ltd. (Ticker: MAXR) and Connect Bidco Ltd. (parent of Inmarsat) and is a senior advisor to McKinsey and Company.

General Kehler entered the Air Force in 1975 as a Distinguished Graduate of the Pennsylvania State University R.O.T.C. program, has master’s degrees in Public Administration and National Security and Strategic Studies, and completed executive development programs at Carnegie-Mellon, Syracuse, and Harvard Universities. His military awards include the Defense Distinguished and Superior Service Medals, the Distinguished Service Medal (2 awards), Legion of Merit (3 awards), and the French Legion of Honor (Officer). General Kehler is an Affiliate of Stanford’s Center for International Security and Cooperation and a Senior Fellow of the National Defense University. 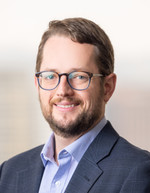 Michael Kirton currently serves as Partner with Leonard Green which he joined in 2007. Before joining Leonard Green, he worked in the Investment Banking Division of Credit Suisse First Boston as a Generalist. Mr. Kirton currently serves on the boards of Charter Next Generation, FineLine Technologies, ProMach, Pure Gym, The Wrench Group, and Troon Golf. Mr. Kirton previously served on the Board of Directors of Authentic Brands Group, Lucky Brand, and PDC Brands. Mr. Kirton brings knowledge and experience in finance and broad-based experience in the leadership of middle-market businesses.

Mr. Kirton earned a Bachelor of Arts degree in Honors Business Administration from the Richard Ivey School of Business at the University of Western Ontario. 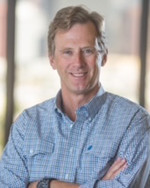 Peter Nolan is the founder and Chairman of Nolan Capital, the holding company for his Family office that makes long term investments in growth-oriented companies.  Mr. Nolan is also a senior advisor to Leonard Green & Partners, L.P., a private equity firm, and was previously a managing partner of Leonard Green & Partners. During his time at Leonard Green, the firm completed 100 principal investments and grew Assets Under Management from $500 million in 1997 to $38 billion today.

Prior to becoming a partner at Leonard Green & Partners in 1997, Mr. Nolan served as a managing director and the Co-Head of Donaldson, Lufkin and Jenrette’s Los Angeles Investment Banking Division from 1990 to 1997.  During his time at DLJ, Mr. Nolan helped to build the LA based investment bank to the largest regional presence in the country.  Prior to DLJ, Mr. Nolan had served as a First Vice President in corporate finance at Drexel Burnham Lambert from 1986 to 1990, and as a Vice President at Prudential Securities, Inc. from 1982 to 1986. Prior to 1982, Mr. Nolan was an associate at Manufacturers Hanover Trust Company.

Mr. Nolan presently services as Chairman of Diamond Wipes International, Ortega National Parks, and Fresh Brothers.  He currently services on the Board of Directors of Activision and AerSale.  Peter has also serviced in various other boards including Aspen Dental Management, FTD Group, The Palms Hotel and Casino, Scitor Corporation, and the Supervisory Board of Adidas AG. 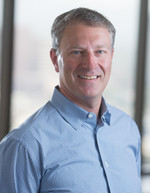 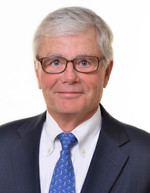 Richard J. Townsend has served as the Executive Vice President and Chief Financial Officer of Monocle Acquisition Corporation (“Monocle”; NASDAQ: MNCL), whose business combination with AerSale was consummated in 2020.  Mr. Townsend brings 40 years of knowledge and experience in finance, strategy and operations.

Prior to Monocle, Mr. Townsend was a Managing Partner at Rangeley Capital (“Rangeley”), with responsibilities as a Portfolio Manager and Chief Operating Officer from 2008 to 2017, and subsequently as an Advisory Partner.  Prior to Rangeley, Mr. Townsend was Executive Vice President and Chief Financial Officer of Loral Space & Communications, Inc.  (NASDAQ: LORL) from 1998 to 2007, where he was responsible for all financial aspects of the business.  From 1996 to 1998, Mr. Townsend served as the Corporate  Controller and Director of Strategy of ITT Industries (NYSE: ITT).   Mr. Townsend spent the prior 17 years in various roles in operations and financial Management at IBM (NYSE: IBM), including serving as Controller for EMEA (Europe, Middle East and Africa) in France.  Prior to IBM, Mr. Townsend was a mechanical engineer at General Electric’s Nuclear Energy Division (NYSE: GE). 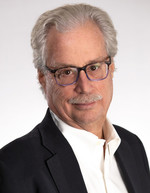 Eric J. Zahler has served as Co-Founder, President and Chief Executive Officer of Monocle Acquisition Corporation (NASDAQ: MNCL), whose business combination with AerSale was consummated in 2020. He has over 35 years of senior leadership, strategy, operations, and governance experience with aerospace and defense companies. Until 2018, Mr. Zahler was a Co-Founder and Managing Director of Sagamore Capital, a private equity firm pursuing investments in the aerospace and defense, industrial electronics, and selected business service markets. Prior to founding Sagamore Capital. Mr. Zahler was President and Chief Operating Officer of Loral Space & Communications, Inc. for eight years and also served on Loral’s Board of Directors. Mr. Zahler was a senior member of the management of Loral since 1992.

Mr. Zahler is a member of the Board of Directors of Maxar Technologies (NYSE: MAXR; TSX: MAXR), a leading global provider of advanced space technology solutions for commercial and government markets. He is also Chairman of the Board of exactEarth Ltd. (TSX: XCT), a leading provider of global vessel tracking data for maritime situational awareness, and a member of the Board of Directors of Sequa Corporation, a portfolio company of The Carlyle Group, which provides the global airline industry with a broad range of aftermarket services.

From 1975 to 1992, Mr. Zahler was an attorney at Fried, Frank, Harris, Shriver & Jacobson, where he was elected Partner in 1983. At Fried, Frank, he represented numerous aerospace and defense companies in all aspects of their interactions with the U.S. government. Mr. Zahler holds a Bachelor of Science degree in mathematics from Yale University and a law degree from Harvard Law School.